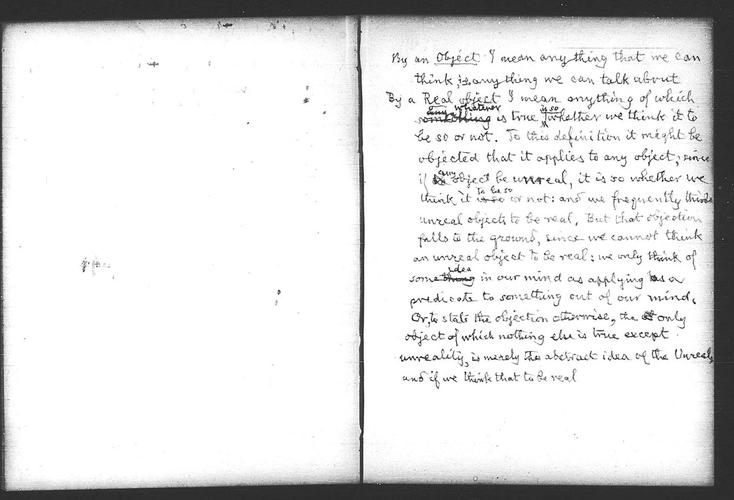 "By an Object, I mean anything we can think; anything we can talk about. By real object, I mean anything of which whatever is true is so whether we think it to be so or not. To this definition, it might be objected that it applies to any object; since if any object is unreal, it is so whether we think it to be so or not: and we frequently think unreal objects to be real, but that objection falls to the ground, since we cannot think an unreal object to be real: we only think of some idea in mind as applying a [difficult to read] predicate to something out of our mind. Or, to state the objection otherwise, the only object of of which nothing else is true except unreality, is meerly the abstract idea of unreal and if we think that to be real..."