This is a big day; it's the end of an era: an imperial era!

I went to Roppongi hills and wandered around a graveyard. A woman on a bicycle rounded the corner and pushed up the hill. A collection of pigeons emerged out of nowhere and followed her---a cloud.

As I was looking for a place to find coffee, I walked by a park with some homeless youth. what struck me was their organization. They were spot-cleaning their clothes, blotting then carefully with small towels.

Every now and then, I worry that I'm spending too much time on trip advisor, or the like---I'm focused too much on finding where to go and not enjoying where I am. I should be thinking around what's around me.

I ended up going to zozo-ji and exploring the mausoleum of tokigawa shoguns. I felt out of place in the small courtyard. There were no western tourists. It was peaceful watching people pray. A handful of the visitors bowed and prayed at select, specific shoguns.

Up at the temple's main hall, many people were lined up to bring incesnse to their forheads and sprinkle it into a burning pile in a bowl.

I was surprised by how gilt the temple was. It was almost as gold as a spanish church; however, it wasn't overwhelming. I think this is because the temple was restrained with its decoration and ornamentation: while select statues were complex, the room as a whole was minimalistic.

Also, I turned a corner and found an elevator. Could you imagine an elevator being retrofitted into a historical church? I don't believe I've ever seen one. When I found the elevator---an anachronism---it struck me how these spaces play a functional role for a large number of people. These temples are spaces that are designed with a practical purpose.

Most people non-religious people in japan pray at shines or private altars, although they don't identify as shintoist in surveys. You can see this in how vibrant the communities are around shines. There were so many families and young adults practicing their religion. At small shrines I walked by on the way to the temple, there were so many people casually stopping to pray.

In the evening, I went to a more popular Senso-ji: an ancient buddhist temple. It is one of the most popular temples in Tokyo to visit.

Droves of people. All of them milling about. I was overloaded with the sounds of people rattling sticks to find their fortune, the sound of people throwing their coins as an offering into massive slatted boxes before bowing in prayer.

While I had my tripod out taking shots of the temple two groups of men came up to me and started chatting. The first man was clearly off. With my chunky camera and travel tripod, I stick out. I was respectful about where I placed myself, making sure not to block the throngs of people moving by. I did stick out visually, though. The first man was maybe in his forties and hovered around me. He cracked jokes---introducing himself as 'Johnny Depp' and photo-bombing---but also silently stared at me in the distance. Something seemed wrong.

Later, a pair of men came up to me: one much older than the other and with far fewer teeth. They told me some things that I didn't quite catch, and the younger of the two suggested I return after dusk for better photos. The two asked to take a photo with me and continued milling about the area. When I bumped into them again, the older of the two gifted me a boar key-chain. I think it was because they saw me offer to take a photo for a family.

It's strange how two similar interactions can diverge for seemingly minor reasons. 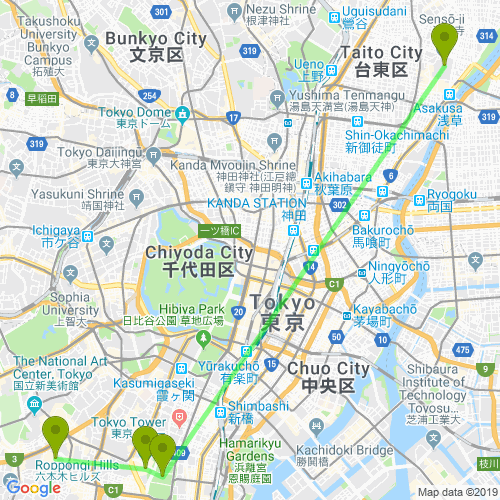